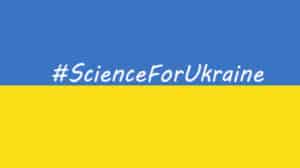 In the last few days, we have witnessed the incomprehensible and unimaginable descend on Europe for the first time in more than 80 years: an unprovoked, brutal, full-scale war on one of the European family of nations, Ukraine, and its people by its neighbour, the Russian Federation. While violating several international treaties securing Ukraine’s border, it also violates international law:

Article 51(2) of Additional Protocol I to the Geneva Conventions:

“The Organization and its Members, in pursuit of the purposes stated in Article 1, shall act in accordance with the following principles….

We as scientists wish to contribute to building a better Europe and world. At this critical moment, our immediate goal it to do our best to alleviate the suffering we are witnessing daily in Ukraine.

Concrete actions you as scientists can take:

An international, grassroots initiative is underway to help scientists in harm’s way due to the war in Ukraine. The effort was begun by Andrew Kern, Univ. Oregon, @pastramimachine. The idea is to facilitate refugee scientists in finding a host lab abroad. Given EPSO’s commitment to pan-European plant science, this initiative seems highly relevant to us.

One simply lists the relevant information in the online Google spreadsheet. It is getting a lot of traffic, so you may have to try several times, or at off-hours, to get your listing in. The list:

In the Annex we list further initiatives across Europe we will update in the coming days. Send us such information to add there.